Fatoun Ali landed on American soil in 1998 arriving in San Diego married, with no education, and pregnant with a child who later died at 4 months from muscular dystrophy. Even with these challenges, she had a strong desire to create a better life for herself and her family, and devoted her work after the death of her child to caring for immigrant families.

Fatoun knew that her path to achieving success would come through education. She quickly learned Basic English through an ESL program, which was followed by training for certificates as a medical assistant and as a teacher of self-breast examinations for Somali women.  Fatoun briefly worked in a medical clinic before landing a job as a refugee resettlement case worker for the Alliance for African Assistance, where she worked until moving to Minnesota in 2006 with two children.

Early during her time in San Diego, Fatoun met and became an “adopted” daughter of a long-time restaurateur and caterer – a Somali/Ethiopian immigrant woman. This developed into a friendship and an informal mentoring program where Fatoun learned the ins and outs of operating a business – the upside and the downside. She learned about nutrition, organic food, and what it takes to be successful in the restaurant and catering businesses - including how to make great food quickly. It is this experience that provides roots for some SOMFAM programs and her newly opened “African Queens Catering” business.

After arriving in Minnesota, Fatoun continued to pursue education and eventually found a way to get into college without a high school diploma. By not taking “no” for an answer, she started her higher education in 2007 at Minneapolis Community and Technical College by taking an assessment test.

As a testament to her dedication and determination, Fatoun proudly graduated in 2014 with an Associate of Arts degree in Business Management. She did this while working and raising two children and then giving birth to a third child in 2013. Fatoun is now pursuing a 4-year degree at Metropolitan State University.

In 2009 Fatoun founded what could be considered the nonprofit “parent” to the Somali Youth and Family Development Center (SOMFAM): The Somali Minority Rights and Aid Forum (SOMRAF). However, family obligations and funding challenges moved the agency into the background of Fatoun’s life. All along, Fatoun kept her vision for a nonprofit agency close to her heart, and the agency was rebirthed in 2012 as SOMFAM.

Fatoun’s vision began when she came here in 2006 and had a difficult time getting the help she needed to launch her life in Minnesota. She has empathy for the struggles that people go through when they immigrate to a new country and doesn’t want others to go through what she went through.

Creating access to help through a comprehensive resource center and empowering her fellow immigrants to become self-sufficient, one person at a time, is what fuels Fatoun and her passion for making life better for all Somalis living in Minnesota.

Fatoun firmly believes that a strong Somali community in Minnesota will come about through strong and empowered Somali families. Her mission is to empower, educate and inform the women, youth and men that have built this community of over 100,000 strong. 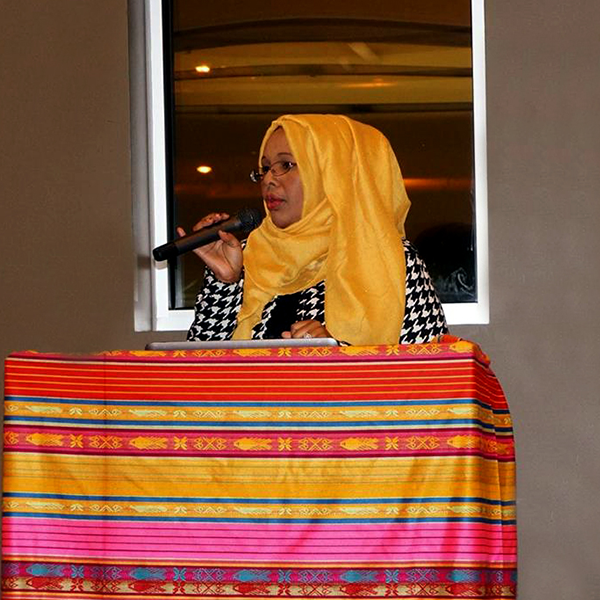