The idea for Version Sports came about when Mark Yount, one of the company’s co-founders, wanted to improve his athletic performance during competitive events. Seeing that all the products currently on the market were delivering the same general vitamins and minerals, he figured there was room for more age-appropriate nutrition.

The logical choice: develop a line of sports drinks.

The point of entry, however, was rather steep. After all, who wants to try and compete with the likes of Gatorade or PowerAde? Combined, the two sports drinks hold over 95 percent of the market share. That’s where nutrition bars came into play. Mark and two of his partners, Drs. Gregory Biren and Peter Rattigan, got to work on determining exactly how to deliver individualized nutrition to consumers.

Working backwards from what people actually need to fuel their bodies, the team began segmenting their target audience by age. Athletes in their 20s often need different vitamins and minerals to stay in shape and remain active than those in their 60s.

What’s more, the bars should enter the market with at least two flavors, which led to the biggest challenge for Version Sports. The startup would introduce not one but 20 products at launch, each formulated for a specific age group.

Further differentiating the nutrition bars from the competition was their place in an active person’s diet.

Mark, Greg, and Peter weren’t interested in making bars with everything in them, they were meant to be a supplement. The goal was to give the body what it needs for its age and gender in addition to a healthy diet. That’s why you’ll find an average of 20 to 30 percent of what you need nutritionally for each age group in the bars.

With the nutritional aspects squared away, the bars went into production. There was a bump or two — as one would expect for a new business — but Version Sports has gotten itself through launch and is now selling its products online. It also has a few gyms and retailers interested in potentially stocking the bars for consumers.

If Version Sports can teach us anything, it’s that we can all carve out a niche in business as long as we’re willing to unearth our ideas through a little observation and seek out our inspiration in the bigger landscape. Just make sure to differentiate yourself along the way. 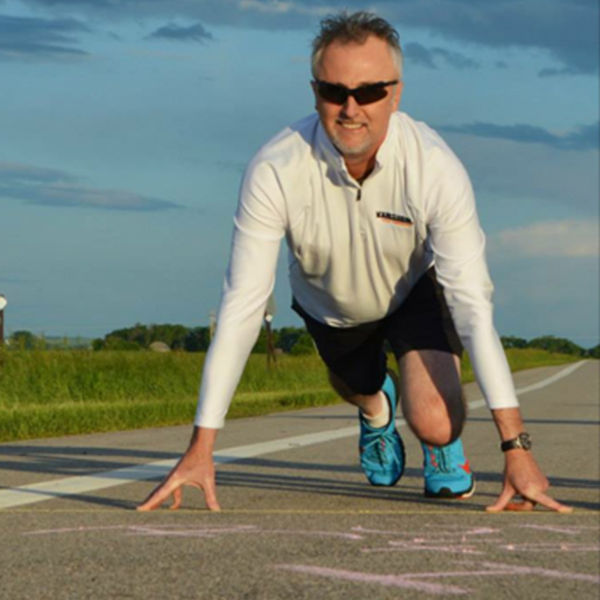